Poh Huat Resources Holdings Berhad has been increasing its dividend payout. It used to pay first and final dividend once a year but for FY14 period ending October 2014, it has already declared two interim dividends. 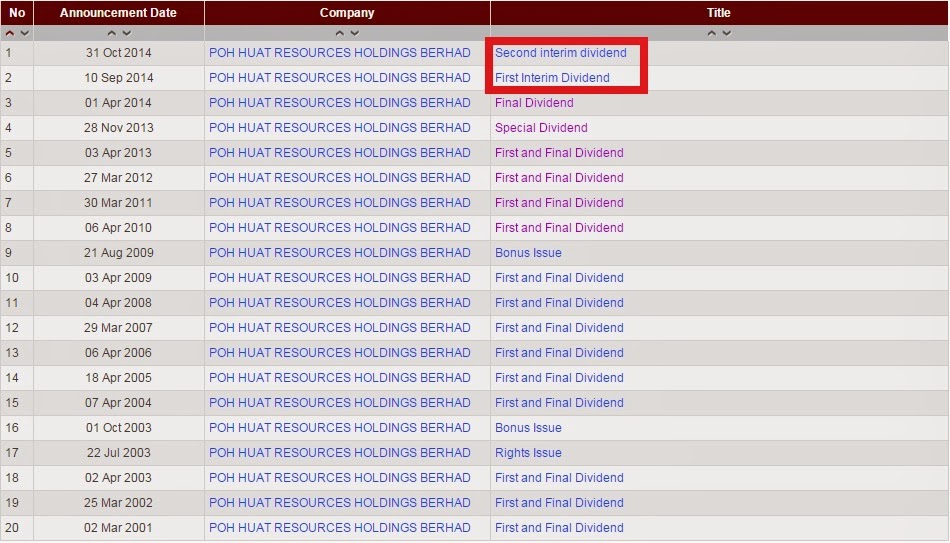 Will the company pay and maintain its final dividend of 3%?

The increase in dividend payout was in tandem with higher profit recorded in 2012, 2013. Margins in 2012 and 2013 improved significantly as compared to the years before.

Its director, Mr. Lim Pei Tiam @ Liam Ahat Kiat has been accumulating the stock since he served notice of interest on 22 July 2013 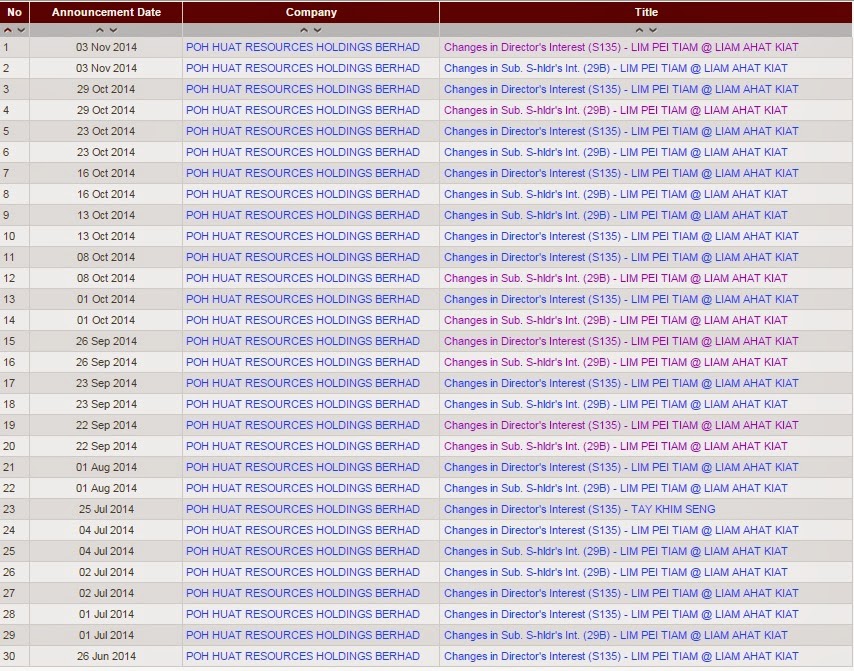 Posted by Malaysia Stock Talk at 23:18