Bursa replaced its announcement dissemination system in April. Announcements for a period of 5 years from 1 January 2010 were made available on the website and the remaining past announcements on Bursa Malaysia website were supposed to be progressively increased to 15 years within 3 months from 20 April 2015, i.e. 20 July 2015. 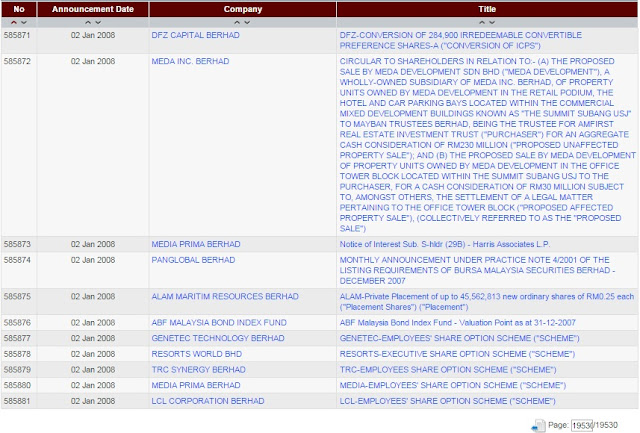 3 months has passed but announcements available on the website were only way back to 2008, instead of 2000.

Hiccup in system upgrade is not uncommon. But being the operator of stock exchange with market capitalisatin of more than RM1 trillion, the person-in-charge should at least update the revised expected completion date/ status of the system upgrade. Where is the accountability?
Posted by Malaysia Stock Talk at 22:25

Email ThisBlogThis!Share to TwitterShare to FacebookShare to Pinterest
Labels: Bursa