Asia Media: How much the worth of the board of directors' trustworthiness?

Wrote about Asia Media and raised the question whether the board members of Asia Media performed their duties diligently.

In the latest quarterly results, while the revenue has been declining since 1Q14, when commenting of the groups prospects, the board maintained the same comment made since 1Q14 that "based on the above and barring any unforeseen circumstances, the Board of Directors is of the opinion that the prospects for the Group for the next quarter will remain favourable due to increasing customers' demand"

How could revenue keep declining when there is increasing customers' demand?

Who are the board members? 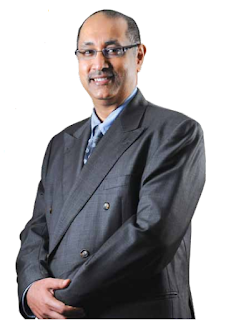 "2014 was a strong year, due to existing customers demand and an influx of new customers. As a result of the good performance of the multimedia advertising services and media communication services in all three business segments, the Group presented another strong financial result in 2014. The Group reported its Revenue at RM20.89 million in FYE 2014, which achieved a CAGR of 29.07% since FYE 2007. Whilst our revenue FYE 2014 fell short of expectations which 40% lower as compare to last year, we are upbeat heading into 2015. The Group reported its EBITA of RM1.1million and net loss of RM20.5million in FYE 2014, caused by non-cash depreciation and amortisation expenses approximately RM28 million

How could it be a strong year when the revenue plunged 40% compared to a year ago and making substantial loss?

Excluding depreciation and amortisation expenses, the group was still loss-making at PBT level.

And how the Chairman obtained depreciation and amortisation expenses of approximately RM28m?

How low can the Datuk Chairman and board members go? What is the worth of their trustworthiness?
Posted by Malaysia Stock Talk at 22:28