LYSAGHT - Almost too good to be true? 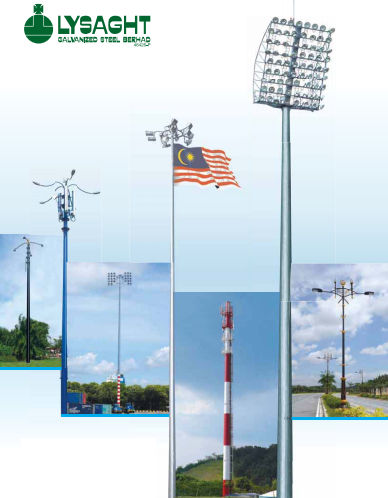 An interesting smallcap stock for the following reasons:


1. Zero debt. Zero credit risk. A conservative company. It has been debt free for more than 10 years.

4. Superb margin. The company has been enjoying margin expansion. Its FY16 gross margin and net margin were as high as 40% and 23% respectively. The margins tell a lot about its bargaining power, the competition among its peers and its specialty. More likely a price maker than a price taker. 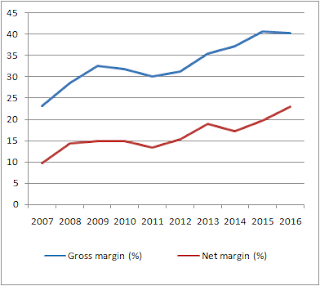 5. Products accepted worldwide. Its products are manufactured in compliance with recognised International Standards and are accepted worldwide as they are compliant with British (BS), European (EN) and American (AASHTO) standards (source: FY16 annual report). Export to advanced countries like Singapore, Hong Kong, Autralasia. About 47% of FY16 was generated locally and another 46% was derived from Singapore. 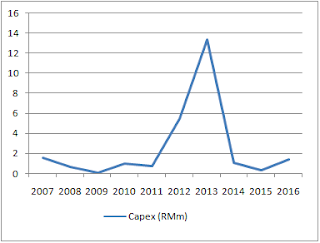 7. Product range and geographical expansions. Whilst the existing operations are fairly stable and sustainable for the moment, the group is currently looking into diversifying into a new product range to cater for tubular steel structures and export market. These products which carry higher loading are manufactured with heavier steel and more sophisticated know-how. Hence, better margin is expected from these products. In its recent AGM, the Board said the company has allocated RM10m capex for machinery upgrade.

To get a feel for the amount of highway jobs being implemented currently, the longest existing highway in Malaysia, North-South Expressway is 772km long, while in near to medium term, various highways with a combined length of more than 2,500km are being implemented simultaneously. Besides these highways, LYSAGHT is likely to benefit from above mentioned rail-related projects as well. (Pan Borneo Highway >2,000km, West Coast Expressway 316km, East Klang Valley Expressway, and several urban highways which include DASH, SUKE, Duke 3 and Duke 2A)

The negative aspects of this stock:


Low trading liquidity. The Chew family and related parties are holding about 74% of the shares. Furthermore, it has a small share base with only 41.58m of shares issued. It is in the bottom 1% or 2% among Bursa Malaysia listed companies, in terms of number of shares issued. With a share capital of RM41.58m and retained earnings at RM85.3mn, a share bonus issue and/ or share split is overdue.

FY16 dividend yield unattractive. Its 7sen/share dividend for FY16 (2.0% dividend yield) has nothing to shout about. The Board said in AGM that the company is conserving cash for capex to widen its product range. However, for the past 10 years, it has cumulatively paid out about half of its cumulative core net profit. Between 2007 and 2016, it has paid out RM55.3m of dividends out of the cumulative net profit of RM114.5mn. Average payout was at 48.3%. It declared a special dividend of 50sen/share in 2014.

Board tussle. With the ex-MD, Mr Liew quit the MD role and ceased to be a board member, the tussle could a thing of the past. The MD position was taken over by Mr Chua, an old-timer in Lysaght. He was appointed as the acting CEO on 1 June 2016 and appointed as the CEO on 1 Jan 2017. Assuming Mr Chua took 3 to 4 months to settle down, the company under his stewardship, reported strong YoY growths in top line and bottom line for 4Q16 and 1Q17. If we annualise the net profit for the most recent 6 months, the stock is trading at a PE ratio of only 7.9x, and a mere 4.7x if ex-cash!!

Mr Chua is a loyal staff of Lysaght. He has been with the company for 45 years and works his way up to the top. 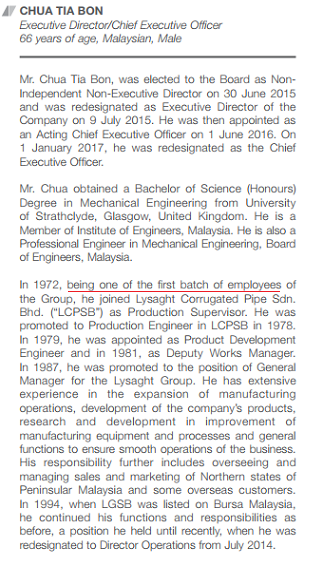 If we annualise the EPS (based on the most recent 2 quarters) and set a target PE multiple of 10 times, the stock is worth RM4.44. This has yet to factor in its cash per share of RM1.43 per share and its growth potential. If we price in a premium of 2x PE multiple for its strong net cash position and growth potential, then the fair value of stock is RM5.33.

Email ThisBlogThis!Share to TwitterShare to FacebookShare to Pinterest
Labels: LYSAGHT