Recall, there were 3 site accidents involving the public in the SINGLE project carried out by TRC. 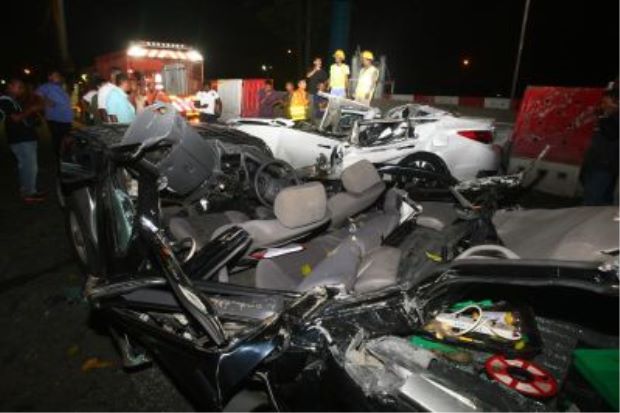 A motorist was killed and another seriously injured when construction equipment hoisted by a crane fell and crushed two cars in March 2013 (source). 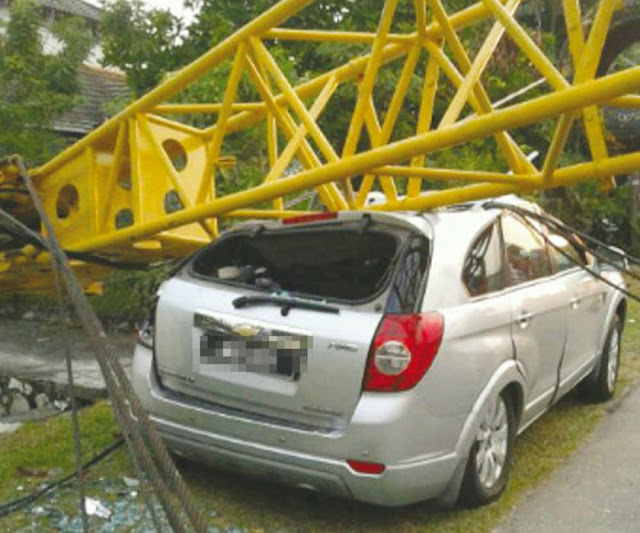 A crane carrying out piling work fell and crushed a car in August 2013 (source). 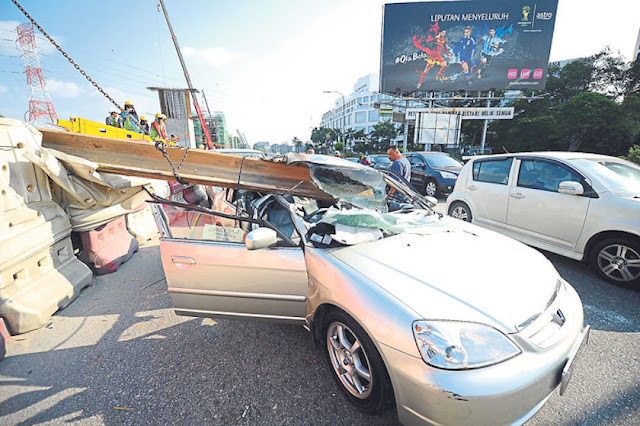 A male driver and his female passenger were nearly killed when a steel beam fell onto a car in June 2014 (source).

Despite the terrible safety record, the same project owner, Prasarana, still awarded a construction contract to TRC. Is Prasarana forgetful or safety track record does not matter at all?
Posted by Malaysia Stock Talk at 11:26