SBCCORP - The Return of Jesselton Quay

Picking a deeply undervalued stock with a turnaround story is much tougher as we can't depend on historical trend to project future earnings. But the beauty of it is a stock with a trunaround story could be far more rewarding if it turns out to be a multi-bagger in a relatively short period of time as seen in ANNJOO, PETRON, HENGYUAN and HEVEA.

A similarity observed in these stocks was the share price was depressed when the company performed badly financially but it rebounded following earnings recovery and the share price subsequently sky-rocketted, driven by strong earnings growth.

SBCCORP is potentially a stock with a turnaround story. It is a boutique developer with exposure in Klang Valley and Kota Kinabalu. While it is a KL-based company, its developments, The Peak Collection has made a name in Sabah.

The share price has declined substantially from its peak, reflecting its weak results in recent quarters. In the latest quarter, it recorded a quarterly revenue of only RM2m, with a YTD loss of RM1.3m. This caused a further selldown in the stock.

Silver lining is around the corner

The weak results for the period ended September 17 was reflective of timing between the completion of earlier projects and the gradual work done of new projects. On its prospects,

In its 2017 annual report, the group expects to turn profitable from loss-making in FY17

If you did follow the stock, you probably would recall that the adjusted share price of the stock was driven to a peak of RM1.61 in 2014 when there was optimism surrounding the Jesselton Quay project. However, a longer-than-expected delay in securing approvals resulted in the stock being forgotten and neglected. Subsequently, Jesselton Quay was launched end-2016 and it enjoyed a very encouraging response from the buyers. The initial phase of 299 units soft-launched were fully booked within 2 hours! 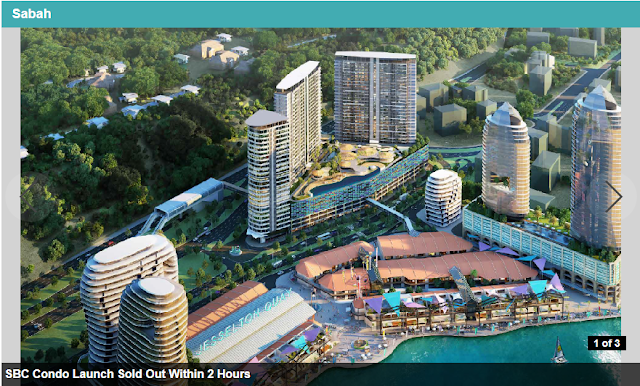 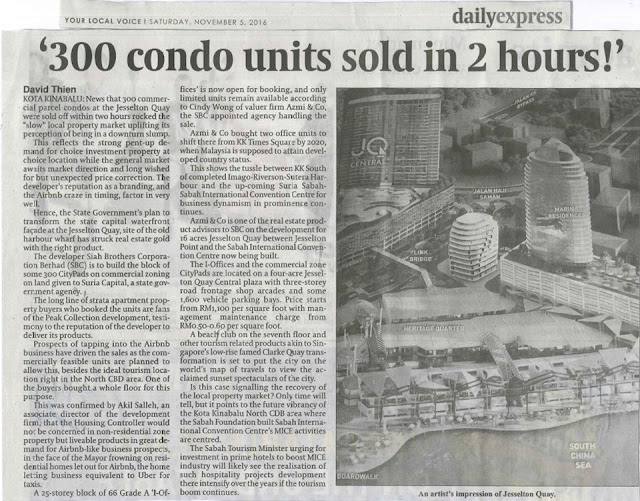 The foundations for block 1 & 2 are being constructed (source) with building works expected to take place in 1Q18. Despite the significant advancement in the progress of the project, the share price is currently only about 1/3 of its peak.

The current market cap of the stock is merely RM130m (RM0.555 per share). What do investors get in return?

2. Jesselton Quay in Kota Kinabalu is the crown jewel of the group
It is a RM1.8b waterfront development in KK. Assuming a net margin of between 20% to 30%, this project could generate a potential net profit of RM360m to RM540m throughout the development period of 8 years, or an average net profit of RM45m to RM67.5m a year.

What I am positive on the development?
i. Very strategic location with superb seaview.
ii. Complemented by the proposed Sabah International Convention Centre, Kota Kinabalu International Cruise Terminal and Kota Kinabalu Convention City.
iii. Influx of Chinese tourists. A perfect getaway destination for those living in Hong Kong, Shenzen and Guangzhou due to its close proximity. Increasing direct flights from China. Growth potential in tourism as only about 130m or 10% of Chinese population have passports currently.
iv. Sabah being a favourite tourist spot. Kota Kinabalu International Airport is the second busiest airport in Malaysia
v. Shortages of hotels in Kota Kinabalu (source)
vi. Why was SBCCORP picked to build Jesselton Quay? (A privilege to build Jesselton Quay)

3. Having 25 acres of strategically located land in KL for future developments
The East Kiara land is located within a walking distance to Batu Metropolitan Park and Taman Wahyu KTM Komuter Station. Mahsing purchased 12 acres of leasehold land at Taman Wahyu for RM73m, equivalent to RM135psf in 2013. In the same year, Ecoworld bought 9.6 acres of freehold land in Taman Wahyu for RM70m, translating into RM167psf. Among the 3 locations, I tend to think East Kiara has the most strategic location, being nearest to KTM komuter station and Taman Metropolitan Batu, and having the most convenient access to KL City Centre among the 3 development projects. Just assume the remaining 25 acres is valued at RM135psf, the 25 acres of land is worth RM145m, giving it a revaluation surplus of RM108m. The revaluation surplus on the East Kiara land alone makes up 83% of its current market cap. 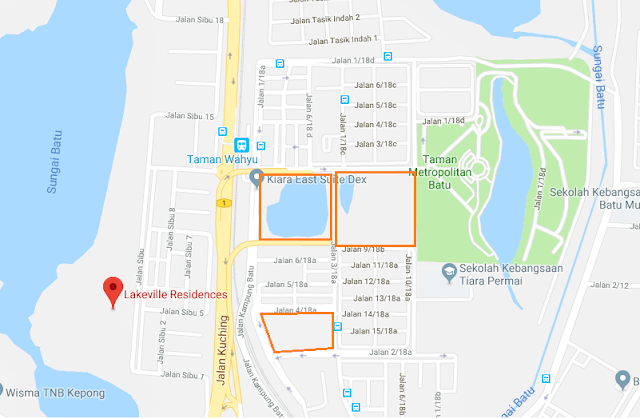 4. Remaining 1000 acres of township development at the foot of Genting Highland
It is in a 50% JV with Selangor State Development Corporation (PKNS) to develop 1800 acres of freehold land in Batang Kali. The township is at the foot of Genting Highland. Genting Premium Outlet and Genting Highland are just about 20km and 29km away respectively. About 800 acres of the land has been developed and low cost housing requirements have been fulfilled. Assuming 1 acre of land could accomodate 10 double storey houses and selling at RM500k each, the remaining 1000 acres of land can yield RM5bn of GDV, or RM2.5bn for SBCCORP's 50% stake. Genting Integrated Tourism Plan, including a 20th Century Fox World Theme Park which is scheduled to complete in 2018 could be a boost to the Batang Kali development project. A rerating catalyst could come from a potential JV with theme park or resort operator to enhance the value of its development project.

5. A substantial 86% discount to its RNAV 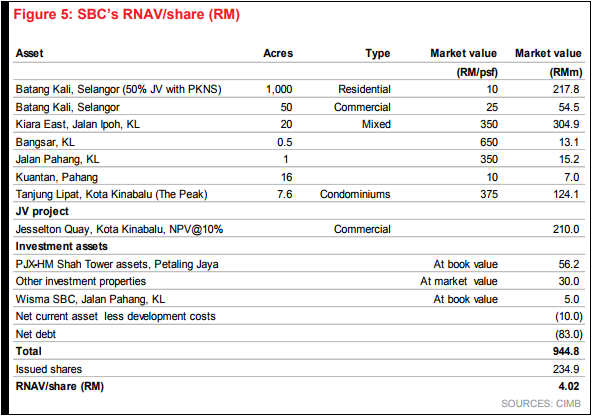 CIMB's report dated 24 Nov 2016 estimated SBCCORP having RNAV of RM944.8m. The current market cap is at a steep discount of 86% to the RNAV.

Summary
The current market cap of the stock is merely RM130m (RM0.555 per share). What does investors get in return?

1. Likely a beginning of an earnings growth cycle for SBCCORP.
2. Potential profit of between RM360m and RM540m from Jesselton Quay project.
3. 25 acres of prime land in KL with an estimated market value of RM145m and a revaluation surplus of RM108m.
4. The remaining 1000 acre of Bandar Ligamas @ Batang Kali township development at the foot of Genting Highland with a potential effective GDV of RM2.5b.
5. Share price at 1/3 of its book value before revaluation of properties.
6. 87% discount to its RNAV.
7. Undeveloped GDV of at least RM6bn.

Visit my facebook page
Posted by Malaysia Stock Talk at 00:05

Email ThisBlogThis!Share to TwitterShare to FacebookShare to Pinterest
Labels: SBCCORP